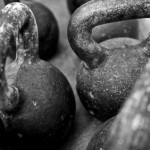 There’s a new published study about kettlebell exercises with some fascinating discoveries that are important for you to know about.

This study comes from lead author, Stuart McGill, who is an internationally recognized expert in the area of spine biomechanics.

The study is published in the Journal of Strength and Conditioning, January 2012, Vol, 26, No.1.

After reading the article in depth, I’d like to break down one of the key findings and exactly what you need to know.

Let me start by saying, that a common question I get about kettlebell training is, “Will this hurt my back?”

Well, that’s actually a common question about many types of exercised modalities, not just kettlebells.

Before I get into the trial, let me give just a bit of personal perspective here first.

I am a former back patient myself.  I’ve had the worst pain you can imagine with a full blown disc herniation (no, make that disc extrusion, which is even worse) at spinal level L4-L5.

My pain was debilitating so much that I could not even walk or stand upright.  I had what’s called “sciatic scoliosis” due to the severe nerve root compression.

So, when I speak to people with back pain, I can relate because I’ve been through the worst of it.

I’m all good now, but I will never forget what I went through many years ago.

That experience was a big reason that led me to become a Physical Therapist specializing in orthopedics and sports medicine injuries.

The point I wanted to make is, I am intimately familiar with back pain, both personally and professionally.

I know you’re wondering about the study and I’m getting to that.

But, you want to hear the biggest thing I learned from my excruciating experience?

Listen to your body.

If it hurts don’t do it, but that DOES NOT mean don’t do anything.  Do what doesn’t hurt and listen to your body. Simple, right?

Ok then, remember that as we get on with the study findings.

The study found that the kettlebell swing had interesting effects on the shear and compression forces during the exercise.

If you can imagine holding 2 pennies between your fingers and rubbing them together. That’s the shear force or shearing between the 2 pennies.

Now, take those 2 pennies on top of each other and squeeze them together as hard as you can.  That’s compression force.

The findings of the study?  The kettlebell swing produced both high shear and compressive forces at the beginning of the swing, but dropped off at the top of the swing.

Shear force is a force that would not be good for someone with spinal instability, for example.

Compression for puts more stress or pressure on the intradiscal space or discs.  Again, if there is a pathology (a disc herniation) this would put more pressure on the effected disc.

But, remember the properly executed kettlebell swing is ballistic exercise (meaning a fast and explosive move).

What does all this mean?

This basically means that you should have sufficient spinal stability to perform a safe, pain-free kettlebell swing.

How would you know if you have spinal instability?

If you’ve had a diagnosis of spondylolisthesis (which is a forward or backward displacement of a spinal segment) or have had any known lumbar spinal subluxations in the past, then you have or may have had spinal instability.

As the study demonstrated, the kettlebell swing results in unique increased shear and compressive forces, due to the nature of the exercise.

For those with past or potential spinal instability, this exercise may require certain prerequisites (such as pain-free movement and quality of movement) and extreme attention to detail with the exercise.  (I would say that it requires attention to detail in all people, irregardless.)

Personally, I give the kettlebell swing my highest endorsement (both as a back patient and physical therapist) for restoring optimal back health, function, and further preventing injury.

And I am not the only one that feels this way.

In the study, it mentions a World Deadlift Champion that attributed his success and strength to kettlebell swings, AFTER a back injury and prior failed attempts with rehabilitation.

And second, it builds critical muscular endurance.  Both muscular strength and endurance are what are the required factors in preventing back injuries.

My back is healthy, strong, and pain free as a direct result of performing increased load and volume exercise protocols with the kettlebell swing, there’s no question about it.

Do I have any pain when I do a swing?

But if I did, then I would find another movement pattern (exercise) that I could do pain free to strengthen my back until I was able to return to the swing as a pain free movement.

Again, this is isn’t ‘rocket science.’  Remember what I said, listen to your body.

Sometimes that’s easier said than done, believe me, I know.

Also, I should mention this.  Another critical factor is to perform the exercise correctly. This is an absolute requirement.

Unfortunately, there’s a lot of chuckleheads out there teaching the swing incorrectly with no proper training to teach it.

There, I said it.  But, it’s the absolute truth.

The kettlebell swing is a precision movement pattern.  A syncronization of muscle firing.  A very safe and highly effective exercise, providing you perform it correctly.

You don’t just pick up a kettlebell and swing it.  You perform a swing.  See the difference?

I’ll be posting some very detailed video tutorials on this very soon, so stay tuned to see what I mean.

So, what’s the bottom line with this study?

There’s some really fascinating points mentioned in this study, but one of the key discoveries is there is unique shear and compression forces on the lumbar spine during the beginning of the kettlebell swing.

Because of this, the exercise should be used with extreme caution or even contraindicated in a limited  group of people with spine shear load intolerance.

This is not entirely surprising from a biomechanical standpoint, if you understand the fundamentals of the exercise.

There were other fascinating points in this study that I’ll save to point out in the future.

Again, it is my experience and opinion, that for most people, there is no better exercise for optimizing back health and preventing injury than the kettlebell swing.

So, what do you think?  If you’ve done this exercise, what’s been your experience?