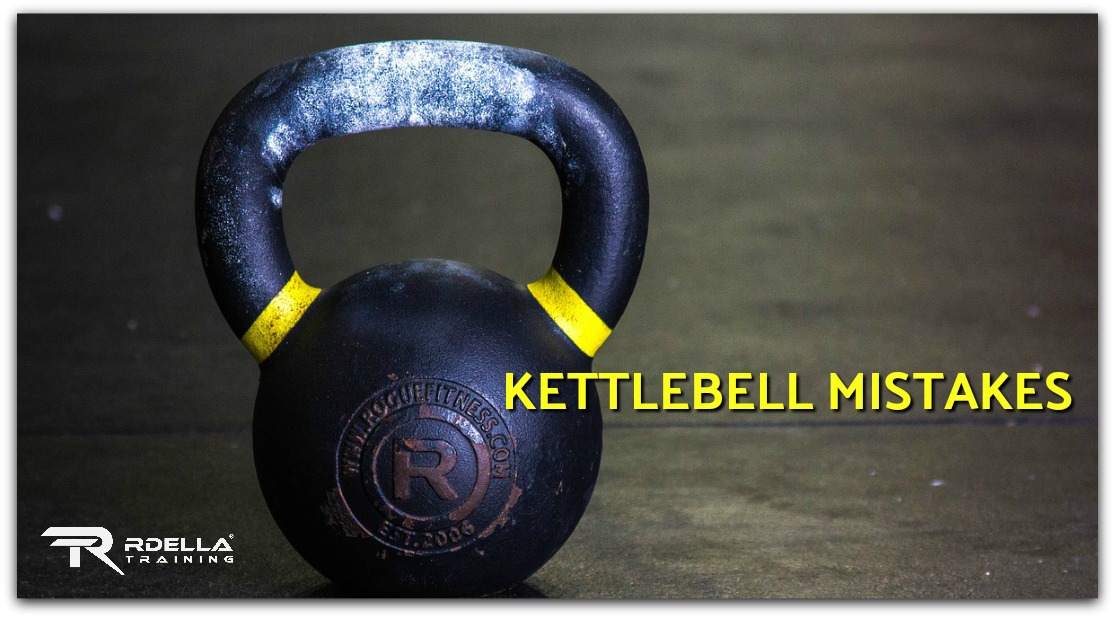 When properly performed, the kettlebell swing is a masterful total body muscle exercise that offers benefits including:

The exercise is that good.

But the key words here are “when performed properly.”

The benefits are outstanding and if you’ve done it properly, you know exactly what I mean.

The challenge is that most people think it’s an easy exercise to learn.

Let me just tell you that after years of training and thousands of reps, I’m still working on my swing.

It’s not just picking up a kettlebell and swinging it.

If you learn how to perform the exercise correctly – you can maximize the results.

And if you don’t, that’s another story.

Perform the swing to get the best results and to minimize risk for injury, of course.

Now you understand why it’s important to perform the swing properly, let me share some of the most common mistakes I typically see.

Squatting during the swing.

If you take one thing away from this article, please remember this as it’s very important.

The swing is NOT a squat.

Again, the swing is NOT a squat.

The kettlebell swing is a “hip hinge” pattern.  This is very important because the hip hinging is where the power comes from with this exercise (more about this in mistake #2).

The squat is a squat – and the swing is NOT a squat (despite all the poor instructional YouTube videos you’ll see out there).

Don’t squat, instead learn how to “hip hinge” through the movement.

For more tips on how to maximize your kettlebell swing, definitely check out the short video below where I talk more about this.

Not using the power of your glutes. 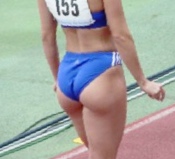 The gluteus maximus is the largest, most powerful muscle group in your body.

We must use our glutes during the kettlebell swing because the swing is primarily effective by using the power of our glutes.

We should be exploding through the movement with powerful hip drive.

Most people have to “re-learn” how to use their hips again when learning how to swing.

This is sometimes referred to as “gluteal amnesia” – meaning they have forgotten how to use their glutes.

It takes great coaching, lots of proper practice, and a feedback system to learn how to use the glutes again.

The swing literally helps to “re-program” the muscle activation of the glutes.

If you can learn how to generate hip power here, you have the qualities of high-level athletes.

Every time you swing through and finish the hip drive, make sure your glutes are squeezed tight.

Imagine you have a coin pinched between your but cheeks (glutes).

“Pinch the coin” every time you swing through and project the bell horizontally. This cue works very well.

As you complete your forward swing, your glutes should be “rock hard” and tight.

Consciously remind yourself to “pinch the coin” every time you swing the bell until it becomes automatic and you don’t have to think about it.

This is a critical component to a fast, powerful kettlebell swing.

Using the deltoids to elevate the kettlebell.

While there are different variations of the swing, the one that I have found to be most effective is the Russian swing.

And in the Russian swing, the kettlebell is propelled forward by the explosive hip drive and power breathing (more on that later).

The arms are simply “along for the ride” here.

The deltoids aren’t elevating the kettlebell, however, the rotator cuff muscles (deep shoulder muscles) are firing the entire time during the swing to ‘hold” the ball in the socket (the humoral head in the glenoid).

I always tell people not to activate the deltoids when swinging through, just let the kettlebell “float” up to approximately chest height when coming forward by way of the explosive hip drive.

You don’t need to activate the deltoids in the Russian style swing.

Just let the kettlebell “float” forward by the powerful hip drive and glute activation.  Don’t use the shoulders to elevate the kettlebell.

It make take some practice and everyone learns differently, but remember you don’t need to use the shoulders and “actively” raise the kettlebell.

There are other kettlebelll exercises to address the deltoids and other deep shoulder muscles.

Moving too slowly through the movement.

One of the mistakes I made when learning how to perform the kettlebell swing was that I was not swinging explosively through the movement.

Again, it goes back to mistake #2 and not using your powerful hip extensors, primarily your gluteus maximus.

As you learn how to use these hip muscles, the swing will be a faster, smoother, and a much more powerful exercise for you.

When you’ve corrected the other things above, this mistake should take care of itself.

One thing to remember is that faster does not mean sloppy by any means.  No matter what, the swing has to be a safe and efficient movement.

It’s a faster type of movement (a”ballistic”) but it’s safe when performed properly.

This is actually quite a big topic.

Sometimes breathing is not emphasized enough but it really makes a huge difference.  It’s not just a regular breathing pattern, but a systematic and patterned breathing approach.

Proper breathing is absolutely critical to performing this exercise correctly.

Power breathing or bio-mechanical match breathing (as it’s appropriately called) provides you more power, efficiency, and safety to maximize the benefits of the exercise.

Proper breathing is very important for safety and for spinal stability during the movement.

There’s a compression and stabilization of your midsection that should occur as you swing the bell through, which should feel natural and powerful.

As a matter of fact, this is one of the reasons that make the kettlebell swing one of the best exercises for back “health” and injury prevention – when this is done correctly.

Power breathing is a forceful exhalation when the bell is propelled forward. The breathing matches the force production.

Exhale as the bell goes forward.

Inhale as the bell comes back between your legs.

You want to make sure that you can see or feel your stomach move in and out and expand with the inhalation.  You shouldn’t see your chest rise.

The stomach movement in and out is your diaphragm functioning properly and breathing appropriately as opposed to using the accessory muscles in your chest and rib cage.

When you have this down, practice the kettlebell swing the same way.

Breath in through your nose as your hiking the kettlebell back and exhale out in a controlled, forceful breath as you swing the ketttlebell forward.

Practicing proper breathing technique will pay off big time in your performance and efficiency with this exercise and that’s a guarantee.

In summary, there are some common mistakes with the kettlebell swing.

The good thing is all of them can easily be avoided and corrected with proper instruction, practice, and some form of feedback.

If you’re training by yourself, then I recommend filming yourself and then watching your swing.

You will learn a lot just by doing that and it can be very effective for cleaning up bad habits.

Let’s review some of the most common mistakes which are:

1-Doing a squat instead of a hip hinge.

2-Not using the hips with explosive hip drive.

4-Moving too slow through the movement.

Understanding these critical mistakes will pay off in maximizing your performance and getting a better result.

I know the swing may seem easy, but there’s actually a lot more to it that just swinging a bell.

Practice makes a big difference but you have to make sure you’re practicing right.

Seek mastery in the movement, but don’t expect perfection.

Practice makes permanent, so make sure you practice right!

Scott Iardella, MPT, CSCS writes about strength training methods to optimize health and performance.  Join a strong and growing community of passionate fitness enthusiasts and subscribe below to get a ton of cool, free stuff! Subscribe at RdellaTraining.com/join.
Tweet
Share50
Pin31
81 Shares