03 Aug The Dabbler, the Master, and Breaking Through Plateaus. 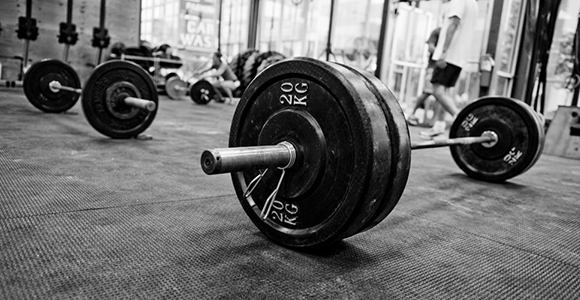 As George Leonard, the author of Mastery describes it, it’s a process or a journey.

For me, that’s been one of the major benefits with kettlebells, barbells, and movement based training.

That’s why I’m so passionate about training as it’s always about the process and the evolution.

Honestly, I never understood this early in my training career, but I’m wide awake to this important concept now (which is why I’m sharing it with you).

The bottom line is we can constantly get better with these tools and training methods for the rest of our lives, as long as we have the physical capabilities to train and move.

Unfortunately, not everyone understands this concept of mastery, but I think this information will help greatly.

In the great book Mastery – The Keys to Success and Long Term Fulfillment, George Leonard describes different types of people who seek mastery, but don’t always stay on the path.

The get really fired up about new things.

They go “all in” with “shiny new toys” – the new approaches, new training tools or methods, or new programs.

They talk about their new interests to everyone who will listen.

Things go great for the dabbler and they experience gains or benefits with their new “thing.”

But, as soon as things don’t go right and they hit a plateau or wall, they start to question things and their enthusiasm plummets fast.

All the initial excitement is crashing and questions and uncertainty take over, ultimately leading to giving up on that “new thing” as it wasn’t “right for them.”

The cycle begins again later with the next new thing that comes along.

Maybe they’ll make it further in the process the next time, or maybe not.

But, at some point, the dabbler will bail when they hit the plateau and move on again.

The obsessive is another breed that dives into things “full force.”

They will do whatever it takes to be the best and get the results they want, at any expense.

They want the best instruction, all the knowledge and training, and everything they need to conquer their quest.

As expected, the obsessive will make great progress when they begin something, but when they hit the plateau, they have a difficult time accepting it.

They push harder, work harder, and may even take shortcuts to get the results they want.

But, they can’t handle the plateau and think need to keep making continuous progress.

Unfortunately, this is impossible and ultimately the obsessive will crash.

They don’t understand the developmental periods that are part of the plateau.

The hacker is a little bit different than the dabbler or the obsessive.

They “do enough” to get the hang of things – they do things so they can “hack around” with others.

They don’t necessarily care about the plateau, as they are fine with “being where they are.”

They aren’t concerned with getting better, as long as they are “good enough” to hang.

And, the problem is when others want more or start to improve and develop, the hacker stays the same.

They’re cool to stay in the plateau indefinitely and that becomes the problem.

THEN, THERE’S THE MASTER.

The difference with the master and the rest is that the master embraces the plateau.

Not that they enjoy it necessarily, but the master knows that a plateau is a time of growth and development.

They recognize that if they continue with the journey, a breakthrough is just around the corner.

That is what keeps the person moving towards mastery.

All of us are designed to learn and develop from birth through death.

It’s important we recognize our potential and what we are capable of achieving if we stay on the right path, the path of mastery.

Again, going back to strength, movement, and performance training, we have unlimited potential to tap into – IF WE APPROACH IT THE RIGHT WAY.

There are 4 types of people who approach mastery.

Only one of them is successful.

Be honest, which one best describes you?

Embrace the plateau, my friend.

And, stay on the right path, the path to mastery.

For much more on this topic, check out Mastery by George Leonard.

(*If you’re interested in a major step forward in your journey, definitely take a look at coaching.)

Scott Iardella writes about strength training methods to optimize health and performance. If you enjoyed this article, join a strong and growing community of passionate fitness enthusiasts and subscribe below to get a ton of cool, free stuff!
Subscribe below now or go to RdellaTraining.com/join to get your FREE Report, Kettlebell Impact with 12 Powerful Kettlebell Workouts.
Tweet
Share
Pin