17 Jan The King of Back Exercises? 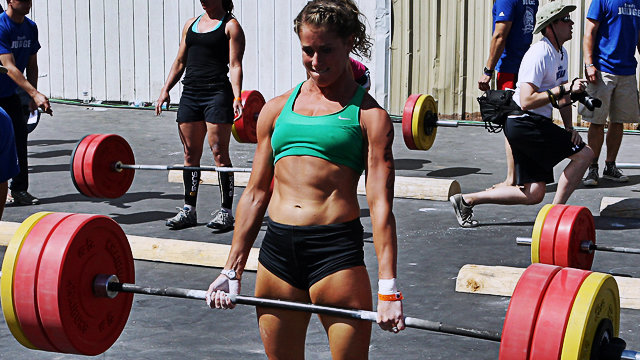 What exercise comes to your mind when you think of the king of back exercises?

If you agree, are you doing it?

The barbell deadlift is, arguably, the greatest all-time lift to improve functional performance and build superior back strength and stability.

Building a strong back has high value in sports performance, as well as many activities of daily living.

If there’s one exercise that has the most benefit for building muscle mass in the back, as well as raw strength, then the deadlift is the king.

What muscles are actually working during the deadlift?

There’s a long list, but the major muscle groups involved are:

The truth is that pretty much everything is firing when we’re deadlifting.

And, many muscles are firing isometrically while lifting the bar from the floor.

While this is the undisputed king of back exercises, it’s also arguably the single greatest exercise to improve full body strength and power.

The single biggest reason to perform a deadlift is that you’ll increase your total body strength which will likely translate into improved function.

In other words, you will perform better, whether in sport or life.

And, there are many other obvious benefits to this lift, as well.

Check to see what former Mr. Olympia and pro bodybuilder, Ronnie Coleman did with the deadlift. (I’ll spare you the research, he pulled over 800 pounds).

Is it an easy exercise?

No it’s not, which probably explains one big reason many people who exercise regularly avoid this high value lift altogether.

It’s not easy because you’re lifting a heavy load up from the floor.

Fundamentally, yes it is.

You pull the bar up, while keeping your arms straight, and you pull until the hips, knees, and shoulders are locked in a standing position.

That’s the essential framework for a deadlift, although the technical anatomy goes much, much deeper.

The basic idea is to lift the weight up as safely and as efficiently as possible with a maximal load.

But, you should follow the simple rule that I teach with any lift.

Conventional pulls with a barbell is my preferred technique.

There are 2 styles, conventional or sumo.

While the 2 styles are heavily debated, it ultimately comes down to individual preference.

If you’re not doing deadlifts at some level and in some variation (i.e. kettlebell for a functional movement pattern), I’d strongly encourage you to evaluate your training objectives and consider what you may be missing.

There is not a person that I can think of that would NOT benefit from the deadlift.

If you’re getting started with a barbell deadlift, here’s 3 steps to get started safely:

Are you doing a lot of kettlebell work, but missing out on the value of the barbell deadlift?

Thanks for reading and if you enjoyed this, please share it.

Look for more detailed training tips and information coming soon on this lift and many other barbell and kettlebell exercises.