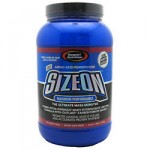 The first thing you should know is I’m a data guy.  If you’re going to tell me about a supplement, the first thing I’ll ask you is, “What does the data say?”

I came across this clinical research trial and felt it was significant enough to pass along, which is why I’m summarizing it for you.  With that said, there is some exciting new research on a commercially available muscle building and performance supplement.  I have absolutely nothing to do with this product, but I’m a big fan of well designed, randomized clinical trials to show whether an agent works or it doesn’t.  And that’s exactly what the study shows that I’ll now refer to.

If your goals are increasing strength, increasing muscular endurance, increasing lean body mass, and/or decreasing fat mass, there is a recent trial evaluating these measurements over 9 weeks with a sports performance supplement versus a similar agent in resisted trained men (the study was open to males and females, however, final accrual was men only as it turned out).

The agent tested was Gaspari Nutrition’s SOmaxP (Size On Max Performance) as compared to a similar agent that contained identical amounts of creatine, carbohydrate, and protein.  This simple combination has been shown to be highly effective for resistance training benefits and are consistently recommended by leading experts as safe ergogenic aids.

In a recent published, double blind, randomized trial in the Journal of the International Society of Sports Nutrition (Nine weeks of supplementation with a multi-nutrient product augments gains in lean mass, strength, muscular performance in resisted trained men by Schmitz et al, Dec. 2010), the data concluded that this product was superior to a similar product over nine weeks for various measures related to stength, muscle performance, and lean body mass.  Additionally, there were no safety concerns or reported issues, with either product.

This is a great study examing the objective benefits of a supplement compared to  that of a similar product.  While there were a few limitations to the trial, such as small sample size (20 subjects) and no females were entered into the trial (although they were allowed).  Despite this, the findings were definitely impressive.  Here’s the end results of the nine weeks of supplementation with SOmaxP:

Here’s a couple of things to know about how the product was taken during the study.  The product was only taken on the days of the resistance training sessions (which occurred just 4 days per week).  The test subjects took 1 serving of SOmaxP with 30 ounces of water beginning 10-15 minutes prior to the workout and finished by the conclusion of the workout (it is a periworkout drink, meaning to be consumed during your workout).  The same method was used with the other agent.

Why would SOmaxP outperform a similar product?  Both products contain identical amounts of creatine monohydrate (4g), carbohydrate (39g), and whey protein (7g).  The difference may be with the number of proprietary ingredients that are found in SOmaxP.

For example, one of the proprietary ingredients in SOmaxP contains large amounts of BCAA’s (Branched Chain Amino Acids).  BCAA’s, particularly leucine, have been shown to have anabolic effects, possibly by reducing protein breakdown.  Additional benefits of BCAA’s have been that they increase the lactate threshold allowing for potential improvement in muscular endurance, and they also have been shown to increase post exercise muscle protein snythesis, alllowing for enhancement lean muscle building and repair.  This is just one possible explanation as to why SOmaxP performed better.

The bottom line is this.  This is a published clinical trial evaluating potential benefits of a commercially available supplement.  The trial was very good (besides the limitaitions I’ve mentioned) and demonstrates clear improvements and clear benefits over a very similar product, with no safety concerns.  This is what YOU want, a published trial, not just a marketing claim.  When you are considering any supplement, you’ve got to say, “show me the data.”

While further research is always preferred, this study shows that SOmaxP looks to be extremely legitimate for improving muscular performance and body composition.

If you’re interested in reading the article yourself, you can find it here: Nine weeks of supplementation with a multi-nutrient product augments gains in lean mass, strength, and muscular performance in resisted trained men.

In an area where many supplements on the market are likely have false or greatly exaggerated claims, it’s refreshing to see great data on a sports nutrition supplement.